Expedition to the Antarctic

CHECK WHERE I AM 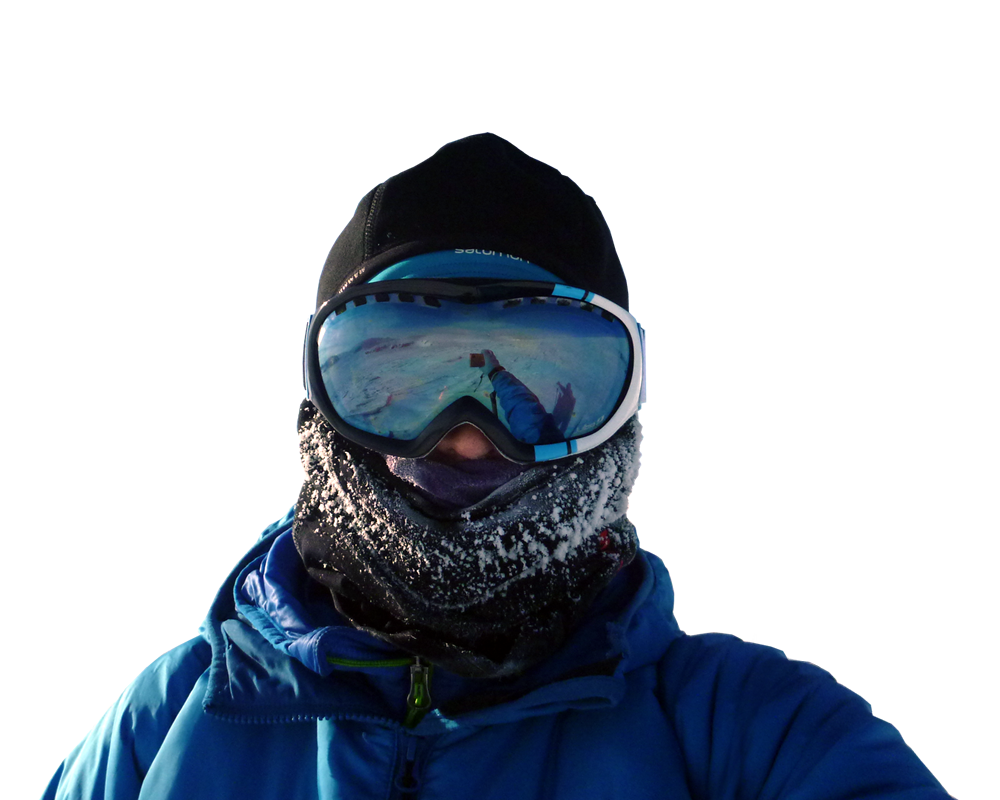 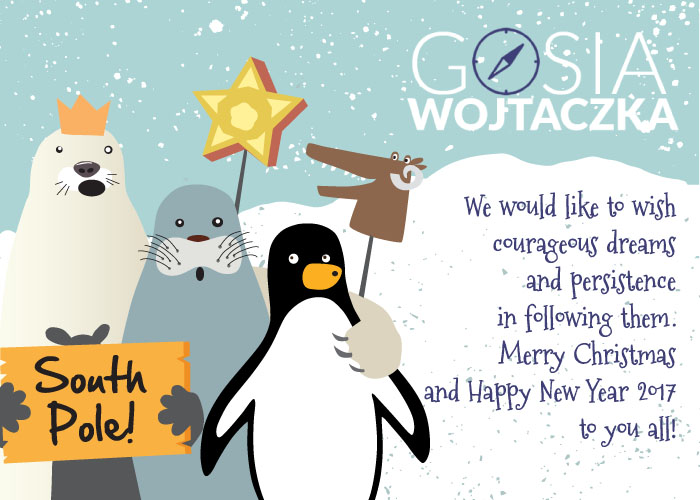 EXPEDITION TO THE END OF THE WORLD – TO THE SOUTH POLE

Through the coldest, driest, and most windy continent – the Antarctic. Solo, unassisted and without external support. 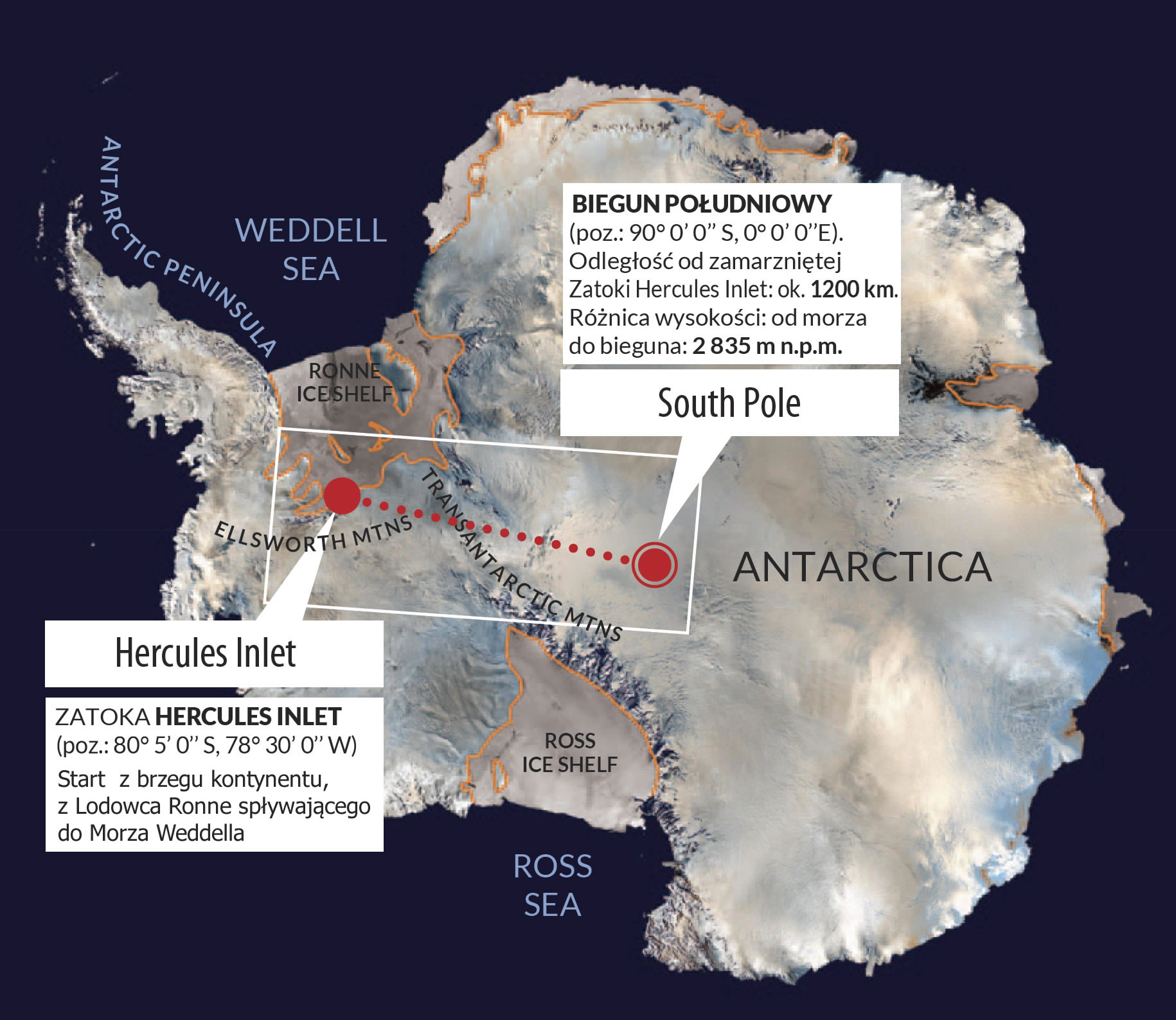 From the edge of the Antarctic continent through ice crevasses, mountains, and snowdrifts

I will walk from the edge of the continent, through the Antarctic ice sheet, to the South Pole.

I will start in the Hercules Inlet, at the edge of the Ronne Ice Shelf, next to the Ellsworth Mountains (with the highest peak of the Antarctic, Mount Vinson, 4982 m/16 050 ft. above sea level). I will climb up from the Weddell Sea level to the Antarctic plateau, gradually reaching 2 835 m/ 9 301 ft. above sea level at the South Pole (which feels like 3610 m (11,843 ft.) in the mountains in Europe – the atmosphere layer is thinner and the air pressure is lower over the South Pole). Half way I will cross between the Thiel and Penansola Mountains, getting to the other side of the Transantarctic Mountains which divide East Antarctica and West Antarctica.

I will ski for approximately 1200 km during 50-60 days, and pull a 100kg+ sled with all my supplies of food and equipment needed to survive in the Antarctic for 2 months.

On the way I will encounter ice crevasses, snowdrifts, and huge sastrugi (wind-formed ridges and waves of frozen snow)

I will walk 20 km a day, in difficult surface conditions, facing winds that come straight from the pole with 3B (3-5 m/s) speed, and facing temperature -20C (-4F)

Hurricane winds of up to 100km/h that bring blizzards, whiteout, and temperature drops to -30C (-22F), and ice crevasses – in particular close to Hercules Inlet and Thiel Mountains) -will be the biggest threat.

In those latitudes one has to be self-sufficient, deal with every fault on their own, and be prepared for sudden changes in weather.

Marek Kaminski is the only Pole who reached the South Pole in a solo expedition (in 1995 and in 1997, during an attempted traverse of the Antarctic).

An enthusiast of cave climbing and expeditions in Polar Regions: Iceland, Svalbard and the Antarctic

I took part in discovering new caves in the Picos de Europa mountains in Spain, and made it to the bottom of the deepest cave in this range: Sistema del Hou de la Canal Parda at -903 m/-2963 ft.

I climbed in winter, wearing cross-country skis, Newtontoppen, the highest peak of Svalbard at 1717 m/5633 ft. above sea level, hauling a sled with the expedition equipment and food. I skied solo with a sled for 120 km across the biggest ice plateau in Europe, Hardagervidda in Norway.

An experienced sailor, I took part in many polar sailing expeditions where we circled i.a. Svalbard, Cape Horn, and sailed to the Antarctic.

I was awarded a prize for ‘outstanding sport achievement’ by the Polish Sport and Tourism Administration.

My favourite colour is blue.

I adore the vastness and beauty of harsh, polar landscape of the Arctic and Antarctic

Hobby: canoeing, mountain trekking, and travelling in regions very remote from civilisation. When not taking part in another expedition – I enjoy gardening and DIY

A few years ago I fell for the South Pole.

Now is the time to face the challenge:-)